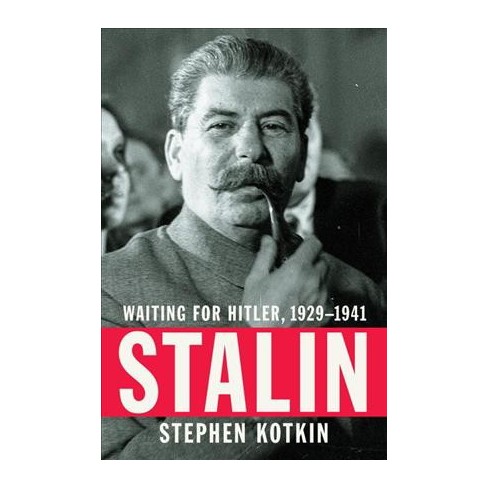 November 2, 2018—Professor Stephen Kotkin has won the seventeenth annual Council on Foreign Relations (CFR) Arthur Ross Book Award for Stalin: Waiting for Hitler, 1929–1941 (Random House), the second volume of a definitive biography of Joseph Stalin. The book covers major events in the Soviet Union from collectivization and the Great Terror to the conflict with Germany under Adolf Hitler. Kotkin, the John P. Birkelund Professor in History and International Affairs at Princeton University, will receive $15,000.

“Deeply researched, richly textured, and eminently readable—Kotkin has written a brilliant book that explores some of the most consequential events of the twentieth century,” said Gideon Rose, editor of Foreign Affairs and chair of the award jury, which includes CFR members, but reaches its decision independently of the institution. Kotkin's first volume, Stalin: Paradoxes of Power, 1878-1928 (Random House), was awarded the Silver Medal in 2015.

The jury awarded the Silver Medal and $7,500 to Senior Vice President for Asia and Japan Chair at the Center for Strategic and International Studies and Director of the Asia Program at Georgetown University Michael J. Green for By More Than Providence: Grand Strategy and American Power in the Asia Pacific Since 1783 (Columbia University Press).

The Bronze Medal and $2,500 were awarded to New Yorker staff writer Masha Gessen for The Future Is History: How Totalitarianism Reclaimed Russia (Random House).

Endowed by the late Arthur Ross in 2001, this award honors nonfiction works, in English or translation, that bring forth new information that changes the understanding of events or problems, develop analytical approaches that offer insight into critical issues, or introduce ideas that help resolve foreign policy problems.

Kotkin and the other awardees will be honored at a reception at CFR's headquarters on December 4.

What Automation Means for Jobs

When was the last time you went to the mall for something you could buy on your phone? Automation is a disruptive force that continues to shape the future. CFR breaks down what automation means for the U.S. workforce.