The Stephen M. Kellen Term Member Program provides young professionals in government, media, nongovernmental organizations, law, business, finance, and academia the opportunity to participate in a sustained conversation on international affairs and U.S. foreign policy. The program allows these younger members to interact with seasoned foreign policy experts and participate in a wide variety of events designed especially for them. Each year, a new class of term members between the ages of thirty and thirty-six is elected to serve a fixed five-year membership term.

The Stephen M. Kellen Term Member Program is named in honor of long-time Council member Stephen Kellen who was deeply committed to the development of the next generation of foreign policy leaders. The program continues to be generously supported by the Anna-Maria and Stephen Kellen Foundation.

In addition to taking part in a full range of CFR activities, term members also enjoy an array of special events with high-profile speakers, including an annual Term Member Conference, roundtables, workshops, trips to financial and governmental institutions across the country, and a week-long study trip abroad every two years. The Twenty-Third Annual Term Member Conference featured former NORTHCOM and NORAD Commander General Lori J. Robinson as the keynote speaker. Concurrent breakout-session roundtables offered term members the opportunity for in-depth conversations on critical issues, ranging from Iran and North Korea, to climate change, artificial intelligence, and trade policy. The conference also included sessions on what the 2018 midterm elections mean for the 2020 U.S. presidential election, the foreign policy of cities and states, and the future of Europe.

CFR term membership is restricted to U.S. citizens and permanent residents who have formally applied to become citizens. Candidates for term membership must be between thirty and thirty-six years of age on January 1, nominated in writing by a current CFR member, and seconded by two to three other individuals. Detailed information about membership and eligibility requirements can be found on the Individual Membership page.

Candidates must submit an online application, which consists of three parts:

For further information about applying for term membership, please contact Membership at applications@cfr.org or 212.434.9456.

Stephen M. Kellen was a distinguished investment banker and a devoted philanthropist. He was an active member of the Council on Foreign Relations from 1982 until his death in 2004. 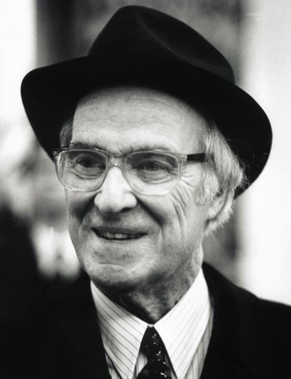 Born in Berlin, Germany, in 1914, Kellen studied at a commercial institute and was employed in Berlin before relocating to England in 1936, where he joined Lazard Brothers Ltd. In 1937, Kellen again relocated to New York to begin work at Loeb, Rhoades & Company before joining the investment bank Arnhold & S. Bleichroeder, where he served as president from 1955 to 1994 and as cochairman until 2004.

Kellen was part of the leadership of a number of charitable, educational, and cultural organizations. He was a supporter of the New School, a charter board member of the Interfaith Center of New York, a life trustee of Thirteen/WNET, a trustee of Carnegie Hall, and a supporter of the National Gallery of Art. He was also a tireless advocate for building cultural bridges between his adopted city of New York and the city of his birth, Berlin. In addition to serving as a director and patron of the American Council on Germany, in 1997 he made a founding gift to the American Academy in Berlin, establishing it as the center of transatlantic cultural and intellectual exchange.

Kellen was deeply committed to developing the next generation of leaders in business and foreign affairs. Throughout his life, he made it a priority to cultivate meaningful relationships with young people, providing mentorship and guidance and investing in the future in substantive ways. He was instrumental in deepening the involvement of young men and women in conversations on international affairs and foreign policy at CFR. In recognition of his many intellectual, financial, and leadership contributions, the Council’s term member program was named in his honor.